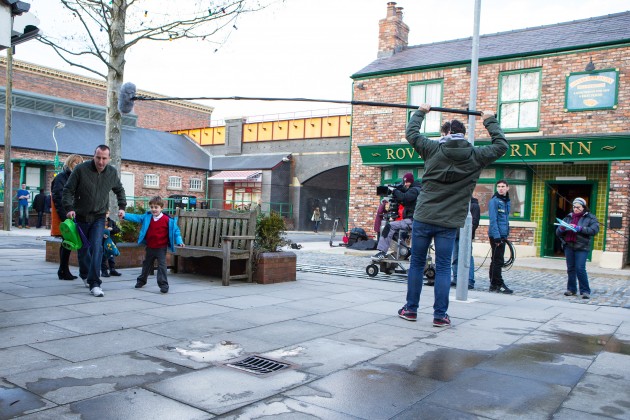 In the British broadcasting industry, every production for BBC, ITV and Sky must measure its carbon footprint as a contractual obligation. Over 2,000 users from 300 companies have signed up to use the carbon calculator albert. With the launch of the albert+ certification system, the BAFTA albert consortium began providing productions with incentives to identify cost savings that could be obtained by going greener. The game changer turned out to be the Carbon Literacy course, which was designed for industry professionals and which is being offered weekly.

“The training we provide introduces a different way of working”, explains Aaron Matthews, Industry Sustainability Manager, BAFTA. The complimentary one-day course includes an introduction to sustainability and it informs industry professionals of greener ways to produce a program. The broadcaster ITV enrolled eighty members of the production staff of its long-running TV soap opera Coronation Street in the course. “When you train this many people, and they all understand the impact they can make, then you reach a critical mass”, emphasizes Matthews, who, however, sees albert only as the first step taken to achieve what ultimately needs to be done. “Measuring is not reducing.”

Albert, launched in 2011 by the BAFTA albert consortium, a coalition of the broadcasters ITV, Sky, Channel Four, BBC, and several independent production companies, is an online tool that every TV production is committed to use. After having made a rough estimate during pre-production of what the program’s carbon footprint might look like, all the data is then copied to the final footprint, where it can be amended live during the production and can, as well, be resubmitted at the end of production. “It allows productions to be more carbon-aware”, says Matthews. “Producers can compare albert to industry standards for any genre or production method.” Meanwhile, the albert+ certification, which awards productions with one, two, or three stars for their sustainable actions, is not required by the broadcasters. “We worked with about thirty productions on albert+ and we helped them identify cost-savings.” BBC’s natural history series Patagonia saved sixty-four tons of CO2 — equivalent to $32,000 — simply by hiring a local wildlife cameraman in Chile. The award-winning series about the British aristocracy, Downtown Abbey, cut down its carbon footprint by transportation planning, generator management, and substantial reliance on LED lighting. Corrie made a big difference. “We have invested a great deal to make Coronation Street as resourceful, efficient, and carbon conscious as it can be”, says Production Manager Dan Jackson. “I hope the work Corrie has done helps the industry see this change not as a burden but as an opportunity to get better at lots of things. It is difficult, but so are lots of elements of program making and we must engage with this with as much enthusiasm and commitment as we would anything — no program maker worth their salt should shy away from an issue just because it’s challenging.”

For the British TV Director Steve Smith, it’s obvious that embracing environmentally conscious production goes hand in hand with good planning, and it ultimately results in lower carbon footprints and more money on screen. “Production Coordinators are great champions but, if left to deal with environmental initiatives without senior support, little gets done. As a director, leading a creative team, it is important that we are instrumental in creating awareness across the production”, notes the albert Ambassador. “From designers, lighting directors and the camera team, etc., we can pass on the message that we all can and must play our part. Creative people don’t like destroying the planet, and for directors, progress is a series of very small steps than can result in enormous positive change.”

The BAFTA albert consortium’s message is spreading internationally. “TV productions in the Netherlands are adopting albert”, reports Matthews. “They made a few very small changes before the roll out in the Netherlands.”