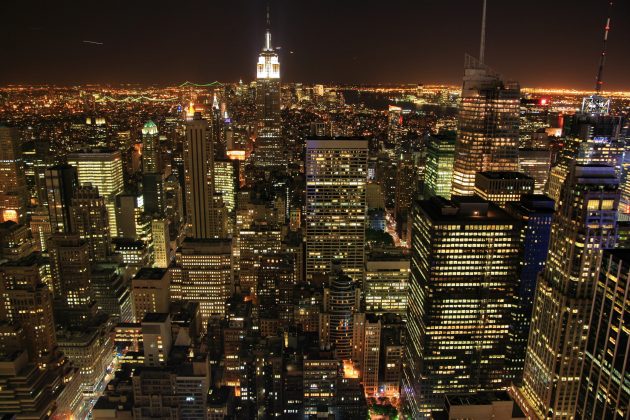 The Mayor’s Office of Media and Entertainment (MOME) is launching NYC Film Green which is the first sustainability program for the film and television industry in the United States administered by a government agency. The voluntary program will enable productions engaging in environmentally-conscious practices to apply for and receive recognition for their efforts.

Once a production receives a NYC Film Green designation, it will receive an NYC Film Green mark of distinction that can be placed in end credits and in any marketing and promotional materials in connection with the production. Productions that have demonstrated exceptional efforts in on set sustainability will have the opportunity to receive additional recognition from MOME.

NYC Film Green assesses efforts by productions to engage in sustainable production practices in education, energy conservation and  waste reduction. Education and awareness is a consistent element of any NYC Film Green production through pre-production trainings of all producers and staff, as well as production-related departments. All aspects of greening a production, from sustainable vendors to on-set best practices, will be discussed with production staff.

Participating productions will engage PAs on set to coordinate and track sustainability efforts. NYC Film Green encourages energy conservation by recognizing various efforts, such as hybrid vehicle rentals, use of LED lighting, and the use of sustainable transportation for crews. Furthermore, TV and film productions are encouraged to reduce their waste output through waste diversion efforts such as donations, recycling, waste composting, sustainable set design, and limiting purchases of disposable items.

Among the productions that are participating in the green program is the series Madam Secretary. Eco Supervisor Emellie O’Brien with her New York-based company Earth Angle is greening the production of the series. The measures include water managment, compostable dishware, digital distribution of call sheets and scripts. Waste diversion is also an issue on set of Madame Secretary. The production donated 4,000 meals to food banks.

In order to obtain NYC Film Green designation, productions  have to engage in sustainable practices before, during and after shooting. The program will be enrolled in the pre-production phase.  The measures include tracking information via accounting data, crew education and training, contracting with sustainable vendors as well as the development of a sustainability plan, based on needs assessment meetings conducted with all departments, including off-production departments. In the production phase sustainable behavior in the specified target areas will be coordinated. Therefore production assistants and consultants will track waste reduction efforts. The success of sustainability efforts will be evaluated halfway through production and behavior adjusted, where necessary.

In the post production phase, productions will submit documentation to verify their sustainability claims. Every production enrolled in NYC Film Green will be responsible for documenting their participation. Invoices from vendors, accounting data, reports, etc. will be reviewed by MOME before a production is awarded the NYC Film Green mark of distinction.