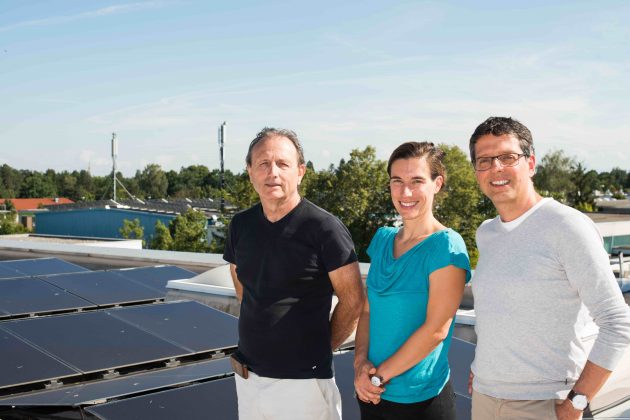 By rehousing vintage lenses, P+S Technik repurposes them for state-of-the-art technology. Anamorphic lenses from the analog age can be reused, and they offer cinematographers new design possibilities. The refurbishing of analog lenses at the Munich-based company is a sustainable production process, which is powered by in-house generated solar energy. „By rehousing, we extend the life span of a lens”, says CEO Anna Piffl, who manages P+S Technik with Andreas Dasser. Thanks to digitization, lenses originally designed for use with a reflex system in film cameras can now be repurposed. “For the U.S. mystery series Sleepy Hollow, we developed new housings for the extreme lenses that were designed by Meyer Görlitz back in 1924.” The renowned cine-equipment manufacturing company that was founded by Alfred Piffl acts as a resource for national as well international creatives who have special technical requirements. Its distinguished clientele ranges from Academy Award-winning Director of Photography Anthony Dodd Mantle to rental houses such as Panavision and Otto Nemenz International in Los Angeles. “Vintage lenses have character, which means they can shape an image, so they are becoming more popular“, emphasizes Alfred Piffl. The demand for old lenses results from, on the one hand, the fact that modern cameras have similar sensors; while, on the other hand, older lenses can create images that possess a unique mood. “A DoP who wants to create a certain impression with his images has only milliseconds to do so.” Designing a new housing that fits the requirements of the daily production routine is a complex task. In their Munich-based plant, technicians first examine the condition of the lens to determine whether or not the glass can be reused. Scratches may need to be removed and oil that has leaked out of the old housing must be cleaned. In order to develop a design for the new housing, the lens must be taken apart and calibrated. The adaptation of the lens as well as the production of a new housing mechanism takes place in-house. “The individual parts for the housing are produced in our lathe and mill shop”, explains the CEO. “The filings cut by the milling and threading machines are single-variety sorted and melted down again.” Scrap metal, junk, and old parts are collected and separated for recycling.

“In order to keep production costs down and to streamline our efforts, we developed several categories of housings whose components are compatible with various lenses.” The office, the assembly line, and the vast machine room are all powered by in-house generated renewables. “Our photovoltaic installation generates from 30,000 to 35,000 kWh, which covers about a third of our energy consumption”, says the company chief. On weekends, surplus renewable energy is fed back into the power grid.

The packaging of lenses for shipment is also a sustainability issue at P+S Technik. “We are re-using the boxes in which the products were delivered – if they are stable enough for re-use.” For padding, foam flocks made of compostable material are used. Boxes are sealed with environmentally-friendly paper- based packing tape, on which a logo may be printed. “We’re getting rid of plastic to the extent that we can, and we’re using waste heat generated by our machines to provide us with hot water.